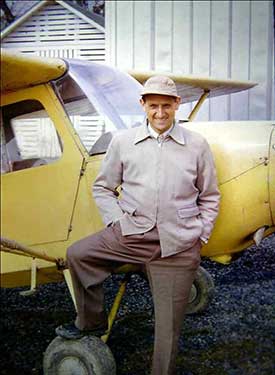 Art Turner ran a small general purpose airport known as Turner Field in Horsham PA from about 1947-November, 1988. The photo above shows the current area in 2017 with a 1992 map of what was left of Turner Field super-imposed on it. You can see one runway crossing what is now Tudor Drive and another running through the Abramson Center. Paul Freeman dates Turner's opening to 1945-7 since the airport is shown on the 1947 NY Sectional Chart, but not the 1945 version

Turner Field was located just southwest of the intersection of Horsham and Lower State Roads in Horsham. It was one of several small airports in the area, others being Montgomeryville (site of the current Airport Square Shopping Center) which closed between 1986 and 1990, and Warrington (located at 2621 Bristol Road), which was closed around 1991

These were in addition to other airfields such as Pitcairn Field also in Horsham which became the Willow Grove NAS, Brewster in Warminster which became the Johnsville NAS (both now closed), Doylestown, and Wings Field in Blue Bell which are are both still open.

Much of the information in this article is from Airfields-Freeman.com created by Paul Freeman used with his permission . Check out this site for more info on Turner Field and other abandoned airfields across the country.

The earliest photo which has been located of Turner Field is an aerial view from May 2, 1948, showing 3 grass runways, with several buildings and one light aircraft on the north side of the field. One of these runways was paved by 1958, The Aerodromes table on the 1958 NY Sectional Chart (courtesy of Norman Freed) described Turner as having a total of 3 runways, with the primary runway having a 1,700' macadam section within a total length of 2,300'. The 1960 Jeppesen Airway Manual (courtesy of Chris Kennedy) depicted Turner Field as having a single 2,050' paved Runway 13/31 a 2,300 unpaved . Runway 7/25, and a 1,900' unpaved Runway 3/21. 3/21 was closed by 1962.

With the area around them being developed, the air fields were left with no room to expand and the land used by the air fields became more valuable as real estate. The land that was Montgomery Airport, along busy PA Route 309, is now the Airport Square Shopping Center. Most of the 140 acre Turner field, which according to co-owner Bud Moyer was closed "for the money" is now a David Cutler housing development and the Madlyn and Leonard Abramson Center for Jewish Life. (Philadelphia Inquirer, September 16, 1988 page 115)

The 140 acre site was sold to the David Cutler Group. Business was good with a waiting list for hangers and the lack of local air strips led some owners to sell their planes or scramble for new hangars. Dr. James McCord, a regular at Turner, and some associates started Grimes Airfield and Golden Age Air Museum in Berks County after Turner closed, These remain open as of 2018. (Philadelphia Inquirer, September 16, 1988 page 115) 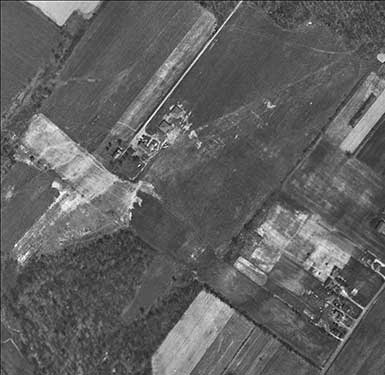 Harold Pitcairn started Pitcairn Field quite early, in 1926. Montgomery, Warrington, and Turner began in the 1940s. This area was mostly farmland at that time so there was little friction between homeowners and planes. Planes (and autogiros) also offered a quick and easy way to get around, Pitcairn and Cornell (Warrington) both offered air taxi service to Philadelphia. Wings field ran Wings Airways with up to 22 flights per day to Philadelphia through the 1970-80s (Wikipedia). Turner was offering sight-seeing flights as late as 1988, the year it closed (Philadelphia Inquirer, April 22, 1988 p 87).

Pitcairn is well known for many reasons, one of them being his long development of the fixed wing aircraft known as an autogiro. In 1929 his company licensed Philadelphia based Kellett Autogiro Corporation to build these aircraft, and their model KD-1/G-1 was the first practical rotary-wing aircraft used by the United States Army. They stopped producing autogiros in the 1940s, switching to helicopters. The photo shows one of their autogyros at Turner Field. The source for this photo says it is a KC-1A but Wikipedia does not list a KC being made by Kellett so this may be a KD-1A. (Wikipedia) 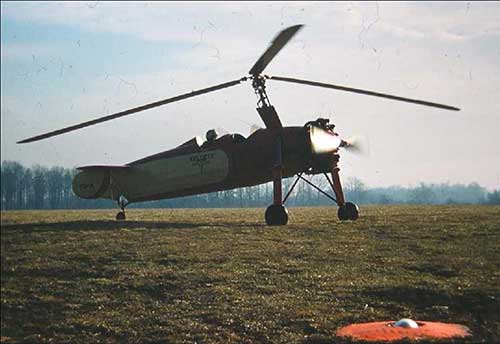 Art Turners son, Bud, was also a pilot, but unfortunately was killed in a plane crash.

Bud, 19, was piloting a two engine charter for 4 passengers from Avoca, PA to Turner Field when it crashed into trees 17 miles north of Allentown. Bud and his 4 passengers were all killed.

Steve Moyer recalled, “Bud Turner (Art’s son) was my best friend and was killed on 11/22/62 while flying from Avoca to Turner Field.They descended into Blue Ridge Mountain early in the evening.”

Another crash occurred at Turner on August 28, 1977 in which the 2 parents (Kenneth and Jacqueline Waston) and their 16 year old daughter Theresa were killed. A 12 year old daughter, Nancy, was badly injured. Witnesses said the single engine Beechcraft Bonanza stalled then dove into a field about 6:30 PM just short of the runway at Turner. (Philadelphia Inquirer, August 29, 1977 page 11) (Delaware County Daily Time August 29, 1977 page 4)

A second crash in 1977, on November 23, occurred about 5 miles from Turner near Montgomery County Community College.John R Freed had taken off from Turner in his single engine Piper Arrow and had engine trouble at about 9:20 AM. Witnesses report he began losing altitude and his left wing then hit a tree. Lowe Gwynedd Police Chief John Smart said the plane the veered right and dove into the ground about 150 feet short of a farmhouse. Smart credited the pilot with crashing his plane to spare those living in the house. He had been on his way to Columbus Ohio to bring his daughter home from college for Thanksgiving. (Philadelphia Inquirer, November 24, 1977 page 77)

Tom Bright took flying lessons at Turner Field in the early 1960s, and recalled that Bud Turner was killed in a crash of his Piper Aztec."The newspaper later that week gave the details that his altimeter indicated 2,500' MSL, but the Aztec was found at 1,500', just short of the crest of a wooded hill."

"It was a crisp Tuesday morning in 1963, and I was on summer vacation when I removed the sum of twenty dollars from my savings account...and bicycled the 25 kilometers from my home in Philadelphia to Turner's Field, now closed. It was a long, hot ride through pleasant countryside, with the occasional fright of being chased by an unfriendly dog. I arrived at Turner's Field at about noon. Instructors Ike Blair & Jim Frankenfield were lounging around the living room/office in the white farmhouse.The airplane I was to get my first lesson in was a chocolate brown & cream 1946 Aeronca 7AC Champion, N83618, equipped with a 65 hp Continental engine & big funny splash guards above its balloon tires."

Ned Holteen, a Fort Washington dentist and member of the Flying Dentists who brought dental care to the people in the Carribean - took off from Turner for 30 years, but sold his Cherokee-Lance after learning that Turner soon would be closed. (Philadelphia Inquirer March 20, 1986 page 162

"The sale of the field was a deciding factor," said Holteen, who as a teenager helped Arthur Turner remove trees to clear a path for the airstrip.

Holteen praised Turner as a unique field that was "people-oriented and a place where everyone knows each other . . . It was a super outfit."

Paul and Jessica Tholey - who later owned part of the property - donated a horse draw road grader to HPHA. This grader was reportedly used to grade the runways at the airfield at some point. 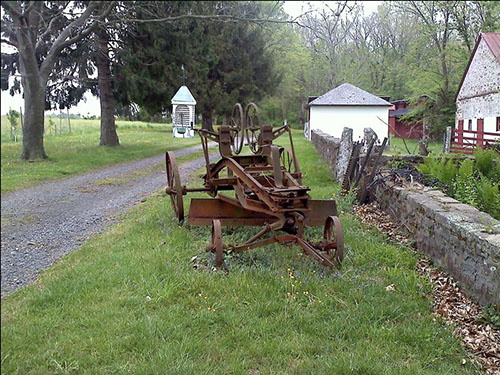