Cold Spring Farm on Tennis Ave in Horsham Township, derives its name from the spring that runs through the property. It may have been given this name by Eugene Preston Coho, who purchased the property in 1924.

The stone four-story homestead, which was built in 1795 and expanded in 1810, appears to be built on the foundations of an earlier structure probably dating to 1716, making this home one of the oldest in Horsham Township. 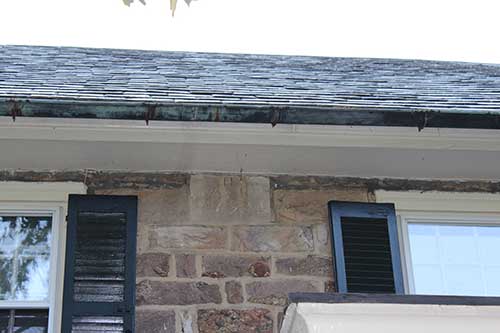 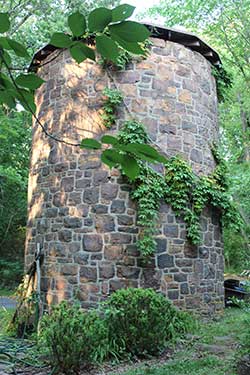 Cold Spring Farm was part of a large estate, called Pine Run Farms, owned by Henry Pratt McKean, Jr from 1890 to 1918. McKean built a water tower in 1911 – which still stands today – and established his own water company, enabling its release to two other towers on McKean Road. Eugene Preston Coho, a later owner, bottled and distributed water from the spring through his company, Sunbeam Water. 98

McKean, an avid horseman, reserved space for horse carriages, and staff to care for horses and teamsters, according to current owner, Mr. John van Steenwyck. Two cement posts on the stone path leading from the home may have served as makeshift fences for horses or could have been used as stepping stones for riders exiting carriages.

Despite being adjacent to what is now the Talamore Country Club and housing development, the property remains shrouded in woods, amid large pine trees planted by Mr. McKean.

Rowland Hugh, a Welsh settler in Gwynedd, bought 300 acres in 1716 near his home plantation, according to “The Settlement of Horsham Township” by Charles Harper Smith99.

Prior to his death in 1752, Mr. Hugh willed the land to his two sons, Ellis and Thomas. Since Thomas died before his father, his portion of the land was transferred to his wife, Susanna, who sold it to Atkinson Hughes, a son from her first marriage.

from Talamore at Oak Terrace by Dr. James Hilty:

... Rowland Hugh acquired two hundred acres from Joseph Fisher’s estate in 1716. The year before, according to one source, Rowland Hugh erected a log house at the site of what is now 921 Tennis Ave (currently the residence of John van Steenwyk) situated behind St. Matthew’s Church and to the right of Talamore Drive as you enter from Tennis Avenue. A stone house with two and one-half stories, eight-rooms and seven fireplaces currently stands on the site. Evidence inside the house indicates that part of the current house was built over a log house around 1795 and the remainder of the house was completed in 1810, making it one of the older structures in Horsham Township. By comparison, the National Historic Landmark

Atkinson Hughes was one of the members of the Horsham company of militia who was fined in 1777 for non-attendance at muster, according to “The Settlement of Horsham Township.” In 1790, according to the book, Atkinson Hughes “was the head of a household of two adult males, one male under 16 and six females.”

The property is believed to have remained in his family until Mr. McKean’s acquisition in 1890.

McKean married Marian Shaw of Brookline, Massachusetts in 1889, and from 1889-94 they lived in a large house on Pulaski Avenue, Germantown. The 'super-wealthy', at the time, were moving even further from the city. Seeking something impressive to suit the tastes and lifestyle of his highbred Boston wife, Henry Pratt McKean and his agents assembled several parcels of land in Horsham Township along Welsh Road in an area upper crust types in the 1890s called Penllyn” McKean called this estate Pine Run Farms.

Coaches and coach horses were kept on a separate farmstead called “Cold Spring Farm,” which was located on the former Rowland Hugh property (now the van Steenwyk residence) a few hundred feet from Tennis Avenue (next to Talamore’s fourteenth green). Cold Spring Farm consisted of the former Hugh house, where McKean’s teamsters and carriage drivers lived, a springhouse, water tower, various sheds and outbuildings, and a large hay barn whose footprint was about three times the size of the house. A roadway through the property paralleling Welsh Road and a bridge across Park Creek connected Cold Spring Farm to the main residence. Water from Cold Spring Farm was pumped through pipes over four thousand feet to the estate from the water tower (still standing) that drew and stored water from the highly productive spring next to the Hugh house. Today, only the Hugh house and water tower remain of what was once Cold Spring Farm. The huge barn was destroyed in a spectacular fire in 1976. 100 p14-16

McKean was divorced in 1913, and in 1914 he married Margaret Moore Riker, a wealthy New York City socialite. He passed away in 1922 returning from a trip abroad. Margaret Riker McKean sold off the bulk of her husband's real estate holdings, including Pine Run Farms, which was soon converted into Pine Run Golf and Country Club.

Ambler, Aug 6 (AP) - Eugene Preston Coho, 73 (headline said 79?), president of the Sunbeam Water Company, and former secretary of the Hamilton Watch Company, died yesterday at his home, Cold Spring Farm. A native of Schyulkill Haven, he had been associated with Hamilton from 1895 to 1908. His late father, Frank P. Coho, was one of the founders of the company. In 1910 Eugene Coho founded the Sunbeam Water Company here and owned it until his death... - Reading Eagle August 6, 1953 p31 col2

Coho operated Sunbeam Water Co., a water bottling business, until his death in 1953. The water company continued to operate until it suffered a barn fire in 1976.

When Mr. van Steenwyck’s family purchased the home soon after, the old Quaker farmhouse had to be converted from the office of Sunbeam Water Co. to residential quarters.

With the exception of the property itself – which ranged in various plot sizes over the last 300 years from 300 acres to its current six acres – much of the home remains the way it did when it was built several hundred years ago. 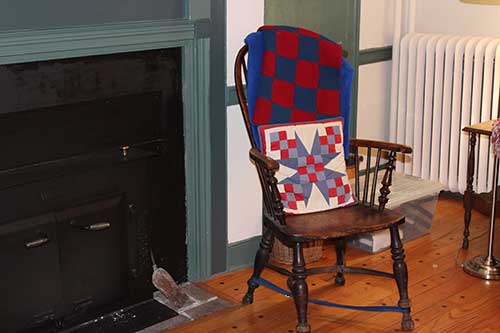 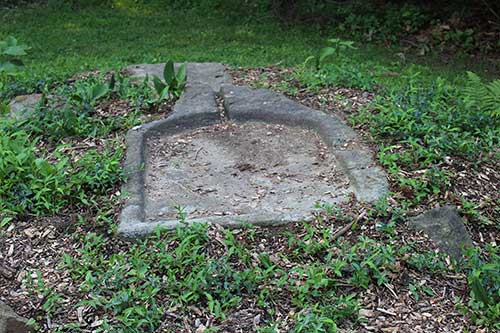