The Penrose-Strawbridge Farm at Graeme Park Keith acquired the land in a round-about way from the estate of Samuel Carpenter who had purchased 5000+ acres (most of what would become Horsham Township) from William Penn. His purpose in developing the property was to malt grain, distill spirits and brew beer. We believe some small quantity of whiskey was produced but overall this plan failed. There is physical evidence that the c1721 cabin may have been involved in this endeavor, possibly as a distillery. The property was then acquired in 1735 by Keith's son-in-law, Dr Thomas Graeme who renamed it Graeme Park.

See much more on the Penrose Strawbridge Farm and our restoration of the farmhouse and other buildings....

Between 1929 and 1951 the Strawbridges acquired an additional 110 acres through several purchases. The last, in 1951, was for 4.435 acres from Mary Penrose Carothers, the last remaining child of Abel and Hannah Penrose on September 26, 1951. At this point the farm encompassed 300 acres.

The Korean War and the fear of Communism during the Cold War led to expansion of the adjacent Willow Grove Naval Air Station to allow the base to handle jets. The US government acquired 31.855 acres of the farm in 1953 through condemnation and purchased another 41.49 acres in 1957. The Strawbridges, like the Penroses before them, recognized the historical significance of the Keith House. Both families had preserved the building and the Strawbridges feared that it might eventually be sacrificed for the continuing expansion of the base, so in 1958 they sold 42 acres of the estate to the state of Pennsylvania. This land included the Keith House which was later named a National Historic Landmark in 1963. This land retained the name "Graeme Park" and is now under the jurisdiction of the Pennsylvania Museum and Historical Commission and managed by the Friends of Graeme Park. The c1829 barn is now the Visitor's Center for this park.

Mr Strawbridge passed away in 1968 and control of the property passed to Margaret Strawbridge. She wanted to preserve the remaining 103 acres of the farm and had further discussions with PMHC about selling the estate to PMHC at fair market value but it seems that PMHC was hoping for another donation.138 PMHC did not purchase the property and Mrs Strawbridge, for reasons unknown, did not donate the property to them, but instead sold a half-interest to the Natural Lands Trust for $1 in 1986. She was allowed to remain on the property and the remaining interest in the farm passed to the Trust upon her death in 1996.

The Trust took over the property but was not interested in preserving the buildings so they sold the property to Horsham Township in 1997 The estate is adjacent to the present 42 acre Graeme Park -separated by the driveway from County Line Road - and is known as The Penrose Strawbridge Farm at Graeme Park. The Strawbridge house is a Contributing Resource to the National Historic Landmark Keith House (a building, site, structure, or object adding to the historic significance of a property.)

The buildings on this site, including the c1721 Penrose-Strawbridge House, are located on 10 of these acres that are leased to our group by Horsham Township and are being restored by us. 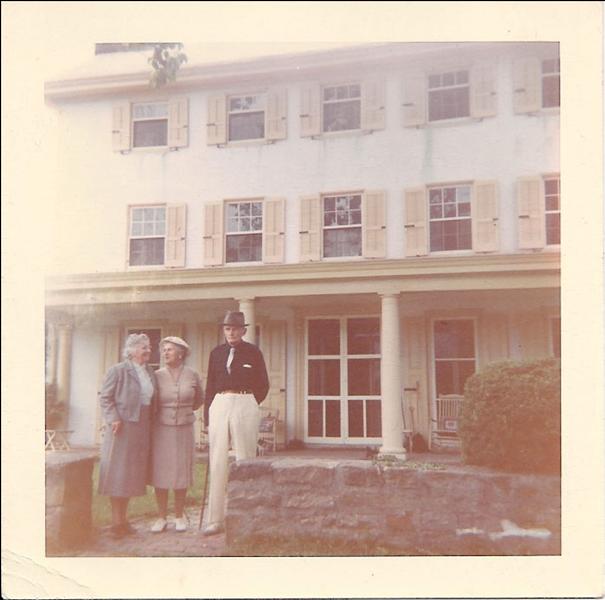 Governor Road was commissioned to run from Willow Grove directly to Keith's Estate. This road followed the path of what is now Rt 611 (Easton Road and formerly the Doylestown Turnpike) then made a left near what became the village of The significance of the building (Penrose-Strawbridge House) lies with its evolution over the course of the eighteenth and nineteenth centuries. The building also has historical significance for its association with (Sir William) Keith's original plantation and as a representative example of an expanded colonial home that was modified over two centuries. Although the Strawbridges were good stewards of both houses on the property, their alterations to the Keith-Penrose-Strawbridge House (starting in the 1920s) were not nearly as extensive or significant in scope as those of the Penrose family (beginning in 1801). Therefore, it can be concluded that the building's primary significance lies with its eighteenth and nineteenth century history, while the significance of its preservation was recognized in the twentieth century. (41 p2.13)

Your Support is appreciated! Why not join us as a Member of HPHA?

Many of the buildings had fallen into a state of disrepair by the time of Mrs Strawbridge's death. Horsham Township acquired the property in 1997 and allowed HPHA to do research and develop a

The goal of HPHA is to restore the property to its condition in the late 1800's. We currently have received designation as a farm, a museum, and a library. The

The farmstead consists of two houses (the Penrose-Strawbridge House and the Springhouse or Caretaker's Cottage, a

A brief history of the farm and the people associated with it below; 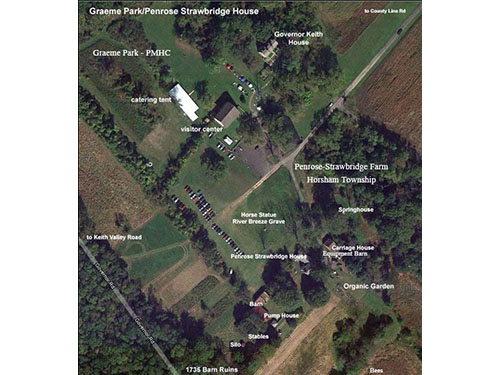 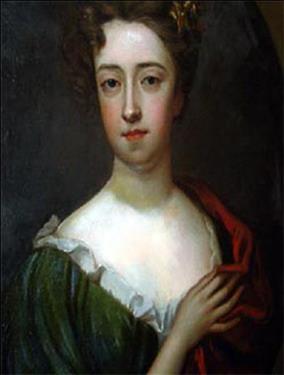 The estate initially known as Fountain Low has a long history. It was initially developed by colonial deputy governor Sir William Keith and then by Keith's son-in-law. Dr. Thomas Graeme who renamed it Graeme Park.. Keith was a minor nobleman, Baron of Novia Scotia, and had persistent financial problems. 17 year old Benjamin Franklin had a bad experience with him but in his autobiography described him "He wished to please everybody, and, having little to give, he gave expectations. He was otherwise an ingenious, sensible man, a pretty good writer, and a good governor for the people, tho' not for his constituents, the proprietaries, whose instructions he sometimes disregarded. Several of our best laws were of his planning and passed during his administration.."109 The proprietor, Hannah Penn (widow of William Penn), finally dismissed Keith in 1726. He left the colony, fleeing creditors 2 years later and died in England. Welsh and Margaret Marshall Strawbridge purchased the property in 1920 and made major improvements to the farmhouse including adding indoor plumbing and central heating, stables and a pump house. Both Mr and Mrs Strawbridge came from well-established Philadelphia families. Mr Strawbridge, at the age of 40, was a retired financier. They raised thoroughbreds on the farm and he raced in steeplechases, winning 16.

The US Navy had taken over the nearby Pitcairn Field, swallowing up the village of Davis Grove and most of the neighboring Hallowell Farm in the 1940s and after World War II expanded the base and extended the runway to accommodate jets. The Strawbridges gave up some land for this expansion and were afraid of the base encroaching on the historic Keith House - which they and the Penroses had preserved.

The Strawbridges sold (for $1) the portion of the estate now known as Graeme Park to the Commonwealth of Pennsylvania in 1957 to guarantee its preservation. Mr. Strawbridge passed away in 1969. Mrs. Strawbridge, in 1987, sold a half-interest (the other half to be transferred upon her death) in the remaining 102 acres to the National Lands Trust for $1.00 in an effort to preserve the farm and the surrounding land. This agreement allowed Mrs. Strawbridge to live in the house for as long as she liked, and she continued to call the farm home until she died on November 16, 1996. The Natural Lands Trust was not interested in maintaining or restoring the buildings, but Horsham Township was - so on January 8,1997 the Township purchased the Penrose-Strawbridge farm from the Natural Lands Trust, with the stipulation that the property be used for open space and will not be used for further development of the Township. Horsham Township, in 2003, entered into a 25 year lease for 10 acres of this property including the buildings with HPHA for the purpose of restoration 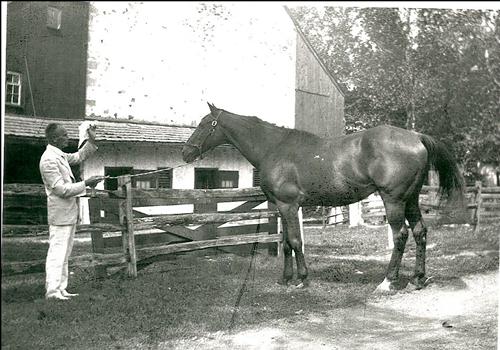 The farm has also been used for a set for a film by students from Drexel University.

The grounds are also popular with photographers and painters. The statue of River Breeze and our Scottish Arch are often used for wedding party photos (Graeme Park next door is a great place for holding your reception!)

... and we've hosted a couple WWII Reenactments where our farm pretends to be occupied France and being freed by the good guys.

The Penrose Strawbridge Farm at Graeme Park was also the site for the filming of UNDAUNTED in December 2017. Directed by Matt Strelecki, UNDAUNTED tells the story of a young GI who defies orders and prevents an atrocity during WWII. In December 2018 the film was selected to compete in the Los Angeles' Indie Short Fest! The people who have lived and worked and visited Graeme Park over the past (almost) 300 years are fascinating. Pages for some of them are shown on this site (History/People on the menu). We also have a timeline dating back to 1686 when

See more about the

Most of this information came from research by HPHA's founder and driving force,